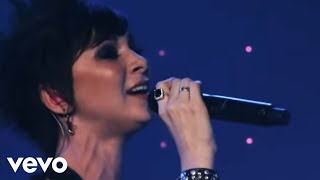 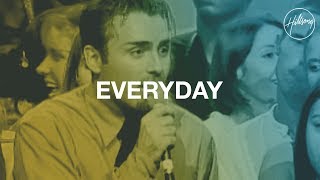 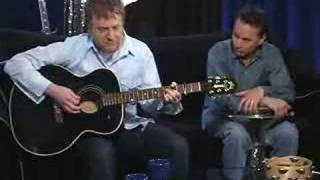 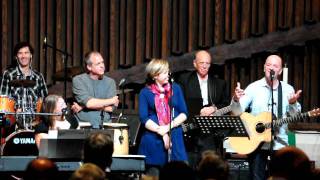 Irish born Joseph M. Scriven (1819-1896) was 25 years old, in love and to be married. The day before his wedding his fiance died in a tragic drowning accident. Heartbroken, Joseph sailed from his homeland to start a new life in Canada. While in Canada working as a teacher, he fell in love again and became engaged to Eliza Roche, a relative of one of his students. Once again, Joseph's hopes and dreams were shattered when Eliza became ill and died before the wedding could take place.

Although one can only imagine the turmoil within this young man, history tells us that his faith in God sustained him. Soon after Eliza's death Joseph joined the Plymouth Brethren and began preaching for a Baptist church. He never married, but spent the remainder of his life giving all his time, money and even the clothes off his own back to help the less fortunate and to spread the love and compassion of Jesus wherever he went.

Around the same time that Eliza died, Joseph received word from Ireland that his mother was ill. He could not go to be with her, so he wrote a letter of comfort and enclosed one of his poems entitled What a Friend We Have in Jesus.

After Joseph Scriven's death, the citizens of Port Hope, Ontario, Canada, where he gave so much of himself, erected a monument to his life. The seemingly sad and obscure life of one man resulted in so many lives being uplifted, both in his own time, and for many years after whenever the beautiful and comforting words of What a Friend We Have in Jesus are sung.

Joseph M. Scriven (b. Seapatrick, County Down, Ireland, 1819; d. Bewdley, Rice Lake, ON, Canada, 1886), an Irish immigrant to Canada, wrote this text near Port Hope, Ontario, in 1855. Because his life was filled with grief and trials, Scriven often needed the solace of the Lord as described in his famous hymn.
Educated at Trinity College, Dublin, Ireland, he enrolled in a military college to prepare for an army career. However, poor health forced him to give up that ambition. Soon after came a second blowâhis fiancee died in a drowning accident on the eve of their wedding in 1844. Later that year he moved to Ontario, where he taught school in Woodstock and Brantford. His plans for marriage were dashed again when his new bride-to-be died after a short illness in 1855. Following this calamity Scriven seldom had a regular income, and he was forced to live in the homes of others. He also experienced mistrust from neighbors who did not appreciate his eccentricities or his work with the underprivileged. A member of the Plymouth Brethren, he tried to live according to the Sermon on the Mount as literally as possible, giving and sharing all he had and often doing menial tasks for the poor and physically disabled. Because Scriven suffered from depression, no one knew if his death by drowning in Rice Lake was suicide or an accident.

Scriven wrote "What a Friend" to comfort his sick mother in Dublin, possibly right after the death of his second fiancee. When asked by a neighbor about his writing of the text, Scriven modestly commented, âThe Lord and I did it between us.â The text was published anonymously in Horace Hastings's Social Hymns, Original and Selected (1865), but Scriven was given proper credit in Hastings's Songs of Pilgrimage (1886). Ira D. Sankey (PHH 73) included the text, set to the familiar tune by Charles C. Converse, in his various hymnals (from 1875 on).

Scriven's text clearly arises from his own experiences in life. Although not great poetry, the text has spiritual appeal and an effective repeated phrase, "take it to the Lord in prayer." Because of its simple encouragement to "pray without ceasing," the text is much loved in many circles of Christendom. A collection of his poetry was published in Hymns and Other Verses (1869).

Liturgical Use:
As a hymn of encouragement to pray amid the "sins and griefs" we encounter on our journey of life.