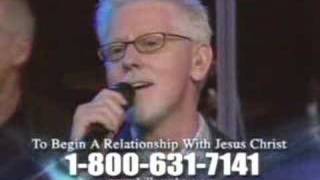 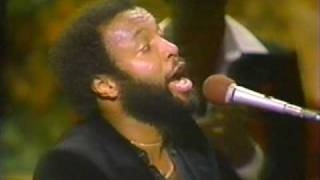 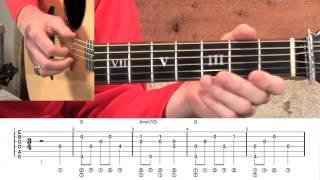 Oh Mary did you know

The blind will see, the deaf will hear, the dead will live again.
The lame will leap, the dumb will speak, the praises of the lamb

This month, we will cover a song which not only captures the real meaning behind Christmas, but has become one of the most popular, modern Christmas songs in the world...a song called, "Mary Did You Know". We will enjoy an intimate conversation about the writing of that song with none other than Mr Mark Lowry. I hope you will enjoy reading the reflections of this beautiful song, and my hope is that it will brighten your Christmas season!

Martha: When was "Mary Did You Know" written?

Martha: So Buddy Greene put the music to it?

Martha: Who's idea was the song? Where did the idea for it originate from...the inspiration?

Mark Lowry: Well, my Pastor asked me to write the Christmas program for our church, called The Living Christmas Tree, & I wrote some monologue to go in between the songs. I started thinking & wondering if Mary realized the power, authority & majesty that she cradled in her arms that first Christmas. I wondered if she realized those little hands were the same hands that scooped out oceans & formed rivers. I just tried to put into words the unfathomable. I started thinking of the questions I would have for her if I were to sit down & have coffee with Mary...you know, "What was it like raising God?" "...What did you know?" "...What didn't you know?". Over time, it (the song) just happened & I had the lyric.

Martha: So, did you know right away that what you had would become a song?

Mark Lowry: I knew it would be a song someday. Others had tried to put music to it but whenever I handed anyone the lyric to try to write the music to it I would tell them that I would be the one to decide if there was a marriage...the lyric is my baby...

Martha: Okay, well we've covered what inspired the song...that being the Christmas play...

Mark Lowry: Well, my mother was actually the inspiration too because (she said) "if anyone knew he was virgin born, Mary knew it"...she (Mark's mother) said, the silence of Mary at the cross was the greatest proof to her that the story is true.

Martha: I have to say...you so perfectly painted the picture with this song...I mean, you don't even have to close your eyes to envision the story you're telling here...the song is very well written...

Martha: Did you collaborate with anyone on the song as far as the lyric? Any family members, or maybe your Pastor?

Mark Lowry: No...I knew it might be a song someday but not right away... I do remember calling & reading it to my mother & to some of my friends...but it was never really for advice.

Martha: So did you contact Buddy about doing the music or how did that come about?

Mark Lowry: No, I just gave it to him...I already had it memorized, so I just wrote it down & asked him to see if he could try to put the music to it & Monday morning he called & said he had it...he sang it to me over the phone...

Martha: So then, the song took roughly 7 years to come about?

Mark Lowry: Well...yes...the lyric, but the music only took Buddy about 30 minutes.

Martha: Were there any funny stories or memorable happenings while writing?

Mark Lowry: Wow...well, it's been so long ago, but I did find out after it was a hit that it was in incorrect english...Gloria (Gaither) pointed that out to me. (laughing) She told me that it should have been "Mary DO You Know"...I told her, "Well, my way sings better!"

Martha: Well...that's certainly good to know! (laughing) Who was the first artist to record the song?

Mark Lowry: Michael English & then Kathy Matea...let's see after that...Wow...I did know all of the first few there for awhile...there have been about 400 to record it to date.

Martha: That was my next question...how many had recorded it to your knowledge...

Mark Lowry: I actually went into Wal Mart one Christmas & was looking at CDs. I realized that the song had gotten away from me when I saw Natalie Cole & Donnie Osmond had recorded it & I didn't even know it.

Martha: Who is the most notable, or some of the most well known, to have recorded it to your knowledge?

Mark Lowry: Well, Kenny Rogers & Wynonna Judd had the most popular version...there is actually a disco version done by a Christine W. that I heard had played in clubs all across the country during Christmas that year...it's actually pretty good because she enunciates the lyrics so well...my favorite version now though, is Christ Church Choir. You can Google it & find it on Youtube...it is amazing.

Martha: Have there been any memorable instances in concert settings for you with the song?

Mark Lowry: Well, originally I didn't sing the song. I wrote it & wanted Michael English to record it, which he did & of course later, Kathy Mattea, but I had never sung the song. I don't know why I never did it...I thought it was too "rangy" for me probably. One night in Detroit, I was doing a solo concert & someone hollered from the audience, "Sing 'Mary Did You Know!'" I said, "Well, I don't sing that" but, then everyone started saying it, so I did it a'cappella & I've done it every night since. It has become my career song, so to speak. I can't go anywhere without singing it & I don't want to really...

Martha: Well Mark, I have truly appreciated this intimate back story on your song...thank you so much for taking time out of your schedule to do this interview.