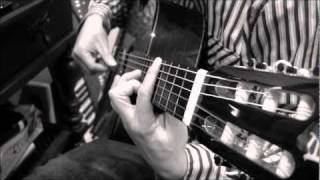 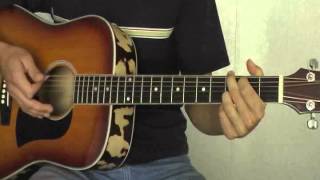 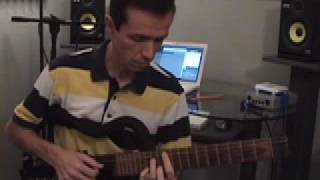 Here I am to worship

Light of the world, You stepped down into darkness,
Opened my eyes, let me see
Beauty that made this heart adore You,
Hope of a life spent with You.

King of all days, oh, so highly exalted,
Glorious in heaven above,
Humbly You came
To the earth You created,
All for love's sake became poor.

If songs are like children to their writers, then 25 year-old Englishman Tim Hughes carried "Here I Am To Worship" to full term, letting the reverent tune take perfect shape over a nine-month period. Back in 1999 while still in college, he first sat down to craft a musical response to his reading of Philippians 2:5, which says, "Make your own attitude that of Christ Jesus." And from the start, he had the humility part mastered.

"I was playing around with my guitar when the verse just came out," he modestly recalls. "However, I couldn't get a chorus that I was happy with. The original one was embarrassingly bad!"

Thankfully, Tim recorded the verse into his Dictaphone, and months later during a quiet creative time, he patched it together with another strong melody idea and brought "Here I Am To Worship" to fruition.

"I'd been reading about the cross and thinking through Jesus' amazing sacrifice," Tim says of the lyrical theme. "Sometimes when God meets with us we don't quite know how to respond properly. It's often too much for us to take in. Hopefully in a small way the chorus captures that: 'Here I am to worship. Here I am to bow down. Here I am to say that you're my God. You're altogether lovely, worthy, wonderful.'"

Although the song had been completed, the writer was still not convinced of its potential. Leading worship at his Soul Survivor home church one day, Tim sang "Here I Am To Worship" for his fellow members and was duly advised by his pastor Mike Pilavachi to start using it more often. Since then, Hughes - who built his own chops leading Delirious and Matt Redman favorites - has seen the song take on a life of its own.

It must be a God thing.... People have seemed to really connect with it, and we've had some special times in worship using the song," he admits. "I remember one time at the end of a Worship Together conference in San Diego when we'd been performing the song. The band stopped, and then the congregation just kept singing the chorus for about 15 minutes."

Road tested and pastor approved, "Here I Am To Worship" was soon ready to be recorded as the title track for Hughes' debut album, released in late 2001. Produced by founding Sonic Flood members Jason Halbert and Dwayne Larring, the two pre-recorded the musical track then flew into London to record vocals with Tim in, of all places, the children's classroom at his church.

"They set up a microphone and their computer, and I sang along," Hughes remembers. "It was quite surreal being surrounded by teddy bears, dolls, and Lego's."

Today, Tim continues his worldwide work with Soul Survivor, and "Here I Am To Worship" keeps expanding to wider audiences. A quick Internet search for the song turns up excited churchgoers wanting to get printouts of the lyrics and lead sheets. And quite notably, Michael W. Smith offered his version of the song at a concert recorded for his upcoming Worship Again live album. (There's no official word yet on whether Smith's interpretation made the project's final track listing - the set releases October 22).

Hype or no hype, Tim Hughes remains strikingly humble about his work and prefers being called a worshiper rather than an artist.

"The main motivation behind the song was simply trying to capture a response to Jesus giving up his throne in Heaven to walk upon the earth and ultimately to die upon a cross," he confirms. "For me personally, it's been very exciting and a real privilege to see how God has used the song."