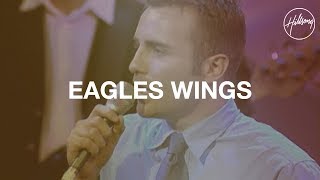 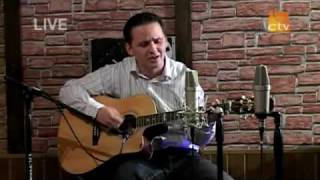 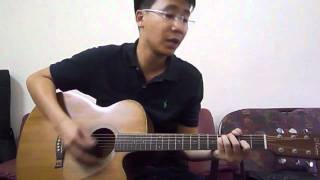 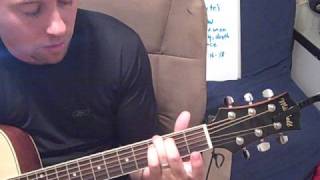 From the moment I heard the beginning of this song floating through the air early on a September morning in London, England, I knew something special was happening.

In the mid-1990s I had become somewhat disillusioned with worship music and the ministry connected with it. I grew tired of the striving, weary of artists jumping on the worship bandwagon just because worship music projects were selling more units. There was also my own shallowness as I compared myself with some of those artists. Looking back, I can see that I was passing through a patch of wilderness; God desired to break me in different ways so He could use me in new ways.

In the previous five years, I had experienced some successes with songs and recording projects (all of which were a surprise) and some failures, too (not a huge surprise but still discouraging!). I had also spent a good portion of those years pursuing a dream to communicate the Father-heart of God through music and story in a musical called Father's House. The project collapsed for several reasons at the end of 1996.3 In the process I reached a low point, a point where I was not even sure I believed in God anymore. Or maybe I believed in God but had decided He simply wound up the universe and for the most part abandoned us to sort ourselves out. Rather than finding a figurative corner to suck my thumb and feel sorry for myself after the musical collapsed, I decided to try to find a place in the church where I could serve someone else's vision for a few seasons, rather than try to keep my own visions alive. And so God, in His great compassion for my family and my wife, Joyce, moved us to England.

I was given two jobs upon arrival. The first was as the worship pastor at the South West London Vineyard under the leadership of John and Eleanor Mumford. The second one involved training songwriters and worship leaders in the Vineyard movement throughout England, Scotland, and Ireland. There were about seventy-five Vineyard churches in the United Kingdom and Ireland at that time.

It was challenging to do a good job leading worship when so much of my heart was still ravaged by confusion and disappointment. But I had served long enough in the church to know how to effectively gather up people in the presence of God through intimate worship, and so I just got on with it, believing that eventually my feelings and the restoration of my heart would follow. I do remember a few times when I gulped rather deeply before getting up to lead worship, wondering if God might strike me down for leading in public, when privately I was having doubts about His very existence or at the least, doubts about His goodness and whether He was actively intervening on behalf of His children. Yet where else could I turn? I knew enough about the other major philosophies and religions to know that nothing else really made sense of life and death, nor satisfied my heart and awakened my spirit.

Most mornings I would get up before the kids to go for a brisk walk. It was some light daily exercise and a chance to clear my mind before the day began. And it was also time to pray, to sing, and to speak out Scriptures. It was on one of these walks that I heard it. The idea floated through the air, and in that moment my life changed again. I tuned into what felt like the frequency of worship that realm where God is completely real and I immediately sensed the presence of God in a way that I had not for some time. I intuitively knew I was tuning into God's invitation, the invitation that goes out day after day, as it says in Psalm 19:

The heavens declare the glory of God; the skies proclaim the work of his hands. Day after day they pour forth speech; night after night they display knowledge. There is no speech or language where their voice is not heard. Their voice goes out into all the earth, their words to the ends of the world. (vv. 104)

The call to worship is unending. Its sound reverberates in every language and culture and I was just hearing a little part of it in English in England's capital city on that September morning. It is so amazing how big a little fragment of God inspiration can be!

Once the idea came, I kept singing it over and over so I wouldn't lose it. (I have heard stories of songwriters who get a brilliant idea but lose it because they dont sing it enough to imprint it or write it down or record it some way.) When I got home, I raced upstairs to the piano in the top loft of the house, and I started playing the idea over and over. I took a mental picture of playing the melody on the piano and jotted down some notes and phrases that popped into my head. In the few minutes before I left for my favorite daily job of walking my kids to school, I managed to document the basic idea of the first section of the song. I don't remember the details of that morning walk with the kids. Usually I drive them crazy by singing silly songs whatever I see sparks a song, and I love embarrassing them by being silly. It's part of the dad job description. However, I expect that morning there were no silly songs just the repetition of this God-breathed melody.

Over the rest of the week, I continued to sing the song morning, afternoon, and evening. Writing a song feels more like birthing, and it invades every waking thought.

If you had told me that this song would travel the globe, get translated into numerous languages, and be recorded by dozens of artists, I probably would have chuckled in disbelief but just maybe I would have said, Yes, that's going to happen. I sensed that God was designing and building something special, and by His grace, He was letting me in on the ground floor.

About a week later I felt like the song was basically finished. That's pretty quick for me sometimes I take months with songs as they go through multiple drafts. The next Sunday I tried the song out at our home church: the SW London Vineyard.4

The song connected right away. In fact it seemed only a few weeks later that I heard that the song was already being used in South Africa. Often people interested in or connected to the Vineyard Movement would visit our church as they passed through London, sometimes taking songs with them as they headed home to other places. I was amazed to hear that the song had already traveled to the other side of the world. I had heard stories of other songs that spread that quickly, but to have it happen to a song I had written seemed crazy!

But even crazier is this: I wrote this song at one of the lowest points of my life the point where I had failed in a big way with a project publicly, the point when private doubts raged about this whole Christian ministry and serving God thing. But that explains some of the lyric choices I made.

I think if someone in a season of success had received the same melodic idea and opening line, the song may have turned into something like this:

Had this song been written by someone who was flying high, the focus may have been more on the good that we could do for God but I was feeling broken. I needed to know that I could come and worship God just the way I was and that He would receive me even though my life was not all together. I needed to know that worship was about our heart, not our accomplishments. And so I wrote lines like give your heart and just as you are before your God because those were the things that I needed to reaffirm. I needed to know that those lines were true. That's what you are constantly doing as a songwriter stepping back from what you have written and asking yourself, Are these lines true? Do I need to say that in this season to God?