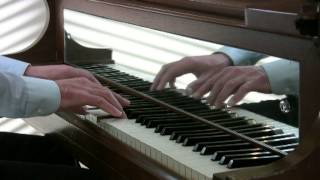 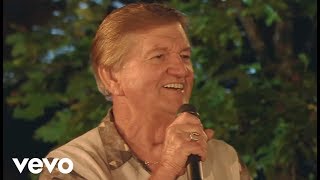 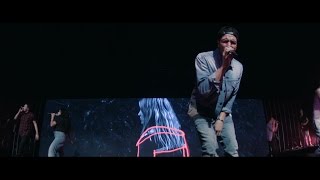 1 'Tis so sweet to trust in Jesus,
and to take him at his word;
just to rest upon his promise,
and to know, "Thus saith the Lord."

2 O how sweet to trust in Jesus,
just to trust his cleansing blood;
and in simple faith to plunge me
neath the healing, cleansing flood! [Refrain]

3 Yes, 'tis sweet to trust in Jesus,
just from sin and self to cease;
just from Jesus simply taking
life and rest, and joy and peace. [Refrain]

Now, today I want us to look at another lesser known poet and hymn writer who provided us a gospel song thatâs been a great blessing to many.

Her name was Louisa Stead. She was born in 1850 in Dover, England. She trusted Christ at the age of nine. As a teen she felt this sense of calling to become a foreign missionary. When she was twenty-one, she immigrated to the United States. During her years of living here, she attended a revival meeting where once again she felt this strong pull and call of God on her life to be a missionary, so she offered herself up for mission service.

Her desire was to go to China, but she had no-so-good health, and she wasnât accepted to go.

She married a man whose last name was Stead. Iâve not been able to find his first name. Iâm sure itâs somewhere in there, buried in the archives. One sunny, summer day, Louisa and her husband and their four-year-old daughter named Lily packed a picnic lunch and went down to the beach on Long Island, NY, near where they lived, to enjoy a few hours of playing in the sand and the water.

Now, Iâve read varying accounts of exactly what happened next, but the best I can piece it together, while they were enjoying their little picnic, the Stead family heard a scream. It was from a young boy who out in the water who was struggling against the wind and the undertow to get back to shore.

Well, Mr. Stead plunged into the water immediately and swam out to help the boy. He put his arm around the boy and tried to swim back to shore with him, but Louisa and her little girl watched helplessly from the shore as the boy kept struggling and flailing, and eventually both the boy and Mr. Stead were pulled down into the waves and drowned there in the ocean.

Well, heartbroken and now as a widow with a little girl, without her husband, Louisa struggled to provide for herself and her daughter. She told a friend:

I need faith and trust to believe that His Providence is still at work, and that His hand can still guide me through the bleak, unknown future.

Of course, in those life circumstances, and some of you have been thereâsome of you are there perhaps . . . It makes me think of my mother who was widowed at the age of forty with seven children, ages eight to twenty-one. At that moment the future can seem bleak and unknown. Right? But keep in mind that itâs only unknown to you. Itâs not unknown to Him who orchestrates the moments and the circumstances of our lives for His glory and our good.

Well, she said: âI need faith and trust to believe that His Providence is still at work and that His hand can still guide me through this bleak, unknown future.â

One day the pantry was empty, there was nothing to eat, so Louisa led her little girl as they prayed and cried out to the Lord. They told God that He knew their need and that they were trusting in Him, asking Him to provide out of His abundance.