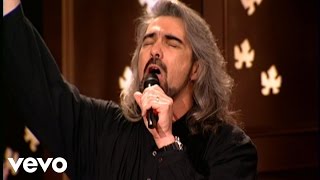 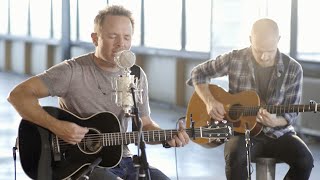 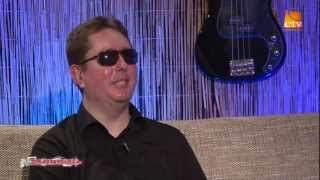 God of justice, Saviour to all
Came to rescue the weak and the poor
Chose to serve and not be served

Jesus, You have called us
Freely we've received
Now freely we will give

We must go live to feed the hungry
Stand beside the broken, we must go
Stepping forward keep us from just singing
Move us into action, we must go

To act justly every day
Loving mercy in every way
Walking humbly before You, God

You have shown us, what You require
Freely we've received
Now freely we will give

The first time you heard about it, you may have been turned off. There is nothing attractive about a wild-eyed, frizzy-haired, Old-Testament-passage-quoting stranger with a finger in your face telling you that social justice is the only way to Jesus. That doesnât sit well with your spirit, because you have been following Christ for some time, and this is the first you have heard of this point of view. And you are not against the idea behind it, itâs just that this person introducing it to you is so, shall we say, zealous.

Most likely, we all have a deep understanding of social justice in our souls but we have a different name for it. The Apostle Paul exhorted the church in Colossians to clothe themselves with compassion. What a gentle way to describe the essence of social justice. Nothing judgmental, a simple charge to wear âcompassion, kindness, humility, gentleness and patienceââmake it a part of who we are. If you are clothed with those aspects of our faith, and you are confronted with injustice, action is your natural response. This is how it was for Tim Hughes, writer of such songs as âHere I Am to Worshipâ and âBeautiful One,â when he and his wife went to Tanzania with a charity, based in England, called Tearfund.
âWhile we were there we met an amazing lady named Joyce,â says Hughes. âWe visited her home in Uhambingeto, met with her family and heard her story. They didnât have any clean, accessible water in the village, so leaving each night at midnight with an empty container, Joyce would walk for over 10 hours until she returned home at around 10am the following morning exhausted. It has been estimated that Joyce has walked the equivalent of three times around the world in the pursuit of water. The injustice of this was overwhelming. How could that still be possible in a world today where so many of us have so much?â

Woven Together
It was stories like that one, coupled with Bible studies, various trips to Africa and discussions with friends that birthed the song âGod of Justice,â which can be heard on his newest album, Holding Nothing Back. Hughes says, âWhen I read the Bible, one thing seems abundantly clear; God is passionate about the poor. Jesus made it so clear in Luke 4:18; He says, âThe Spirit of the Lord is on me, because He has anointed me to preach good news to the poor.â In Amos 5, Godâs heart burns with anger as He rebukes a people who offer up songs of worship and other choice offerings, but trample and deprive the poor for their own selfish gain. We canât escape the truthâGodâs heart breaks for the last, the least and the lost. If I want to glorify God in all that I do, then issues of justice and the poor need to be at the core of who I am. And the Church needs to be singing about Godâs heart for the poor. We need to remind ourselves that as Godâs people we need to go and serve the marginalized.â

It was this heart and passion that gave him the inspiration to pen âGod of Justice,â but it was also the organization Tearfund that Hughes originally had in mind when he started the song. âIâd been deeply impacted by spending time in South Africa and seeing the harsh reality of life for many people living there,â he says. âIâd met people in Tanzania and heard their stories and struggles to survive. So I felt a strong conviction that the Church needed to be singing about Godâs heart for the poor, and our responsibility to serve amongst the poor. Not just to throw charity at those on the margins of society, but to love them and be in relationship with them. With all these thoughts buzzing in my head, I was asked by Tearfund to write a worship song for them. Iâd been trying to write a song on Godâs heart for justice for a while, so I already had lots of ideas. One afternoon at home I picked up the guitar, and the melody and words seemed to flow out.â

Backed by the Word
Of course there are plenty of Scriptures that support this theme, but for Hughes, the key verse was Micah 6:8, âHe has showed you o man what is good. And what does the Lord require of you? To act justly, and to love mercy and to walk humbly with your God.â

âThis puts everything into perspective, even songwriting,â says Hughes. âIf I want to please God with the songs I write, then I need to live a life of love. As James says, âReligion that God our Father accepts as pure and faultless is this: to look after orphans and widows in their distress and to keep oneself from being polluted by the worldâ (1:27). Iâve been feeling really challenged in my life about what I place priorities on. Godâs heart breaks and beats for the poor, the downtrodden, the abused, the fatherless, the lonely, and the hurting. If I am not allowing my heart to feel the same sense of passion for these people then I may write a song that I love, but in Godâs ears it will be an unpleasant sound. Heâll be looking down saying, âspare me Tim.â

âIâm trying to learn what it means to love the poor, and, to be honest, at the moment Iâm way off. But Iâm on a journeyâGod is gracious, but the call is overwhelmingly clear.

Workers Are Few
While it seems that the call is clear, there is a bit of a disconnect. There is so much hurting in the world. But one positive reality of the digital age is that the world is getting smaller. Our neighbors can be two houses away, or live in St. Petersburg, Russia, and be only two clicks of the computer mouse away. Because of this, more and more people are taking responsibility to love all of our neighbors. âIn England the churches Iâm involved in are getting better at responding to issues of social justice. Iâve been hearing a lot more talks on the subject, but more than that, Iâve been seeing the Church getting out there to make a difference. At my church in London we have groups that are working amongst the homeless, the prisons, ex-offenders, the poor, people affected by HIV AIDS and refugees. There are also groups looking into global warming, addressing subjects like, how can our church become carbon neutral. Why is this happening? I believe itâs because the Church is realizing that God has called us not just to proclaim good news, but also to be good news. Actions often speak louder than words. God has called us to go, but the wonderful truth and an essential part of the âGod of Justice,â is that we donât go out in our own strength. God wants to fill us up and then to send us out.

âAnd as a worship leader, the best way to encourage our congregation to move into action is to model it yourself. The late John Wimber once said worship is âcaught rather than taught.â I think if we want to see the Church rising up to stand for justice, loving the last, the least and the lost then we need to be doing it ourselves as leaders. If we just talk about it with our words and fail to live it out with our actions, then no one will follow.

Distinct Opportunity
Action is certainly the most important part of leading, especially if you want to encourage your congregation to get out and heed Godâs call to act justly. However, worship leaders also have a distinct opportunity to speak into peopleâs hearts and minds in an intimate way. âWe have a responsibility as worship leaders,â explains Hughes. âThe songs we sing on a Sunday can have a huge impact in peopleâs journey of faith. In many ways itâs the songs we sing that mold and shape peopleâs theology. So letâs engage with these issues and letâs find songs that speak about these themes. Letâs be a people who remember poor communities, who sing about Godâs heart for the widow and the orphan, who look to God to fill us up and send us out to be good news to marginalized people. And letâs involve our worship teams in this adventure.â

Pull quote:
We canât escape the truthâGodâs heart breaks for the last, the least and the lost. If I want to glorify God in all that I do, then issues of justice and the poor need to be at the core of who I am.