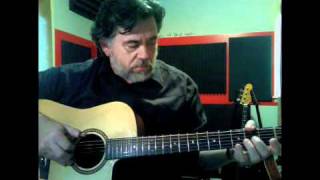 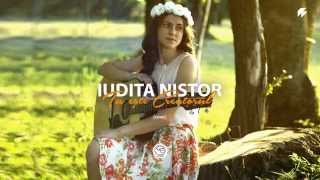 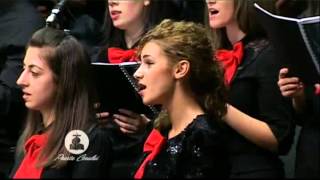 If you say, "Hmmm, Darrell Evans. I'm not sure I've heard of him before," then Darrell believes he's doing his job right. That's because, first and foremost as a worshiper, Darrell knows that the song is more important than the person.

"As we travel to different cities, there are people that are familiar with our ministry and what we're doing on the artist ministry side, but if you were to ask the bulk of people in a city who are involved in church, Are you familiar with Darrell Evans?, they might say no," says Darrell. "But, Do you know this song, 'Trading My Sorrows'?' Well, yeah, we sing that every Sunday."

One of the most sung worship choruses in churches around the world these days, "Trading My Sorrows" is a strangely celebratory tune about being pressed and persecuted. The simple, yet resounding chorus-Yes, Lord, Yes, Lord, Yes, Yes, Lord-is an agreement with the things that God is doing in the life of the worshiper, a cry of thanks.

Part of the strength of the song is that it came spontaneously out of an honest time of worship, which, Darrell says, is how the most powerful songs he's written have been birthed. It's also a song that everyone who has had a bad day, a bad week, or even a bad month can relate to, because it celebrates laying those burdens down before the Lord and trading them for the joy He has to offer.

"Trading My Sorrows" was initiated as an ad-lib moment at a church service in 1997, where Darrell and his worship team were providing a worshipful atmosphere for the congregation to pray-"washing people's feet with worship," as Darrell vividly describes it. People were at the altar praying in what he describes as a very tender moment, as well as a significant one for many in the church.

During this time, Darrell began to think about his own life. What would he be bringing to the cross? "I got the picture of myself, too, on my knees at the cross. What would I be laying down in my own life?" he recalls. "The initial ideas of my sorrows and shame, and sickness and pain were rolling around in me-especially shame. That was a big one, as I though about my own failures and mistakes in life. I thought, Man, I'd like to trade those things in. And so I began singing that, which became the opening lines to the song."

As the congregation continued to pray, in part led by Darrell's words, the band began to pick up the pace. Instead of a dirge, he says, it became a celebration. "Hey, I'm trading these things in for the joy of the Lord, which will be a renewed strength for me," says Darrell. As they continued to sing, people in the congregation began to stand up and dance, even the pastor, which Darrell says was very unlike their church.

Raising their hands to the Lord, Darrell and the congregation began to sing, Yes, Lord, Yes, Lord, Yes, Yes, Lord, as an agreement with what God was doing in their lives at that moment at the altar. A song was born, not from a belabored songwriting session in a tiny room as a writer searched for the right words, but instead flowing naturally out of a worshipful and personal experience with the Lord.

Later that week in his office, Darrell took the bones of the song and added the verse. Drawing from Paul's words in 2 Corinthians 4:8 & 9, he continued onâI am pressed but not crushed, persecuted not abandoned, struck down but not destroyed. The redemption came as he continued, I am blessed beyond the curse for his promise will endure that His joy's gonna be my strength. Darrell continued, inspired by words from his favorite worshipper, David, in Psalm 30:5, Though the sorrow may last for the night, His joy comes in the morning.

Unfortunately, sometimes sorrow seems to last for more than that one night-more that one bad day or even bad month. And Darrell hears from many of these people who have taken "Trading My Sorrows" to heart, getting them through some tumultuous times.

"I remember a woman who called and shared her story with me," says Darrell. "She and her husband were in their mid-to-late twenties when he got the diagnosis that he had cancer. She bought him the CD, and especially this song, 'Trading My Sorrows," carried him through those months and months of pain. She told me that every day, he continued to listen to it and connect with the Lord and say, No matter what I face, I'm maintaining my joy in You. And he didn't recover-he died-but that song helped them both walk through that experience."

For some people who may feel they are going through good times in their lives, Darrell hopes that they will see "Trading My Sorrows" as a song of intercession. "Have you thought about the people around you? When you're singing this, you're singing it over someone, interceding for someone in your congregation or setting. That's how it was written. I was thinking about myself and some things I'd like to trade, but I was singing it over people."

Now, as a worship leader in Ft. Worth, Texas, and a touring recording artist and songwriter, Darrell continues to lead people into the heart of God. He's written and recorded over 70 songs, and amazingly, an estimated 20 of those are sung every Sunday in churches around the world.

I've had songs on the radio, on the Christian pop charts and all of that. And that lasts for a certain period of time. But a song that people worship God with-that's so much bigger than a pop song. The songwriter's dream is to be heard on the radioâbut the real thing is, what if your song could be used for the next 20 years for people to connect with God? That's the greatest honor in the world!" he says, with true reverence in his voice. "We're made to be worship beings. And to me, the greatest thing I could ever serve in is to help people do what they're created to do."