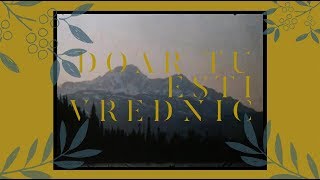 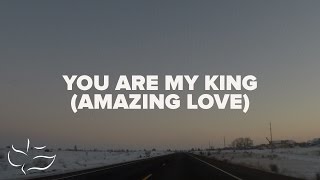 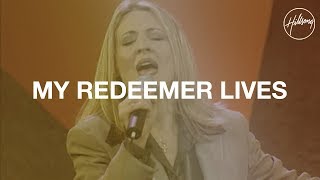 In 2006, Belfast-based modern worship band Bluetree took part in a short-term missions trip to Pattaya, Thailand. It was the first time the band had been out on a trip like this, and they came back with something they never expected. In the story below, Bluetree lead vocalist/guitarist Aaron Boyd talks about the trip, its impact and a song that canât sit still.

âI was frightened. I mean, not just a little bit â but a whole lot. I blame our Mission Pastor; heâd done such a great job on us â warning about the dangers that we were up against in one of the worldâs most infamous destinations for sex tourists â that we spent the first day or so in Pattaya, Thailand, wondering what weâd got ourselves into.

None of us in the band are much good at sensing things, but there was an intense darkness in the air around the place that we just couldnât miss. As we were in the city to lead worship â along with a bunch of other Christians â it seemed like there was something going on there, something beyond what we could see. It all added to the fear.

After a few days the nerves started to lift. We were feeling that even though weâd been busy weâd not been busy enough. We wanted to play more and started nagging our Missions Pastor to get us more opportunities to do what we were most passionate about; singing songs to God in the midst of all that darkness.

We ended up getting the chance to play in this venue called the Climax Bar. Itâs in the cityâs red light district and to get into it you have to walk past a flight of stairs leading up to another club â the sort that has a pole outside and girls hanging about or dancing trying to hook people in. We just put our heads down and kept on walking.

The Climax Bar isnât a big place. Thereâs a small dj booth on the left and a stage thatâs wide and shallow on the right. We were setting up in the afternoon and it was all fun, but as it got darker and we started to play, things began to change. After two hours weâd played every worship song that we knew, but it wasnât time to finish. Something was up.

Growing up in Belfast means that weâve grown used to people crying in church, begging God to change our city. I donât know whether you become numb to it all, but I do know that I had never really had those kinds of feelings for a particular place. It all changed that night in Pattaya. The feelings of compassion took over and I started just to sing out what I knew was true about who God is to the people of the city. And that was when it felt like things started to happen.

I remember looking over to my left and seeing a group of English guys in the street. My guess is that they were just over to buy time with cheap Thai girls and do whatever they wanted with them. But you could see their surprise as they heard the truth deep in the words we were singing out; that God was a part of this place, that greater things were to come, that there is a light that eliminates the darkness.

Something was happening, but whether it was in us or beyond us we couldnât tell. All we knew was that weâd been in the middle of something weâd not experienced before.

On the bus ride home and over the next few days we nailed the rest of it, but the way the song arrived that night was pretty much as Chris Tomlin ended up recording it on the latest Passion album.

Thereâs one part of the song that came along after the night: âWhere glory shines from hearts aloud with praise for you and love for you in this cityâ¦â

When the trip was over we came back to Belfast and kind of knew that something significant has taken place. The first time we ever played that song â apart from in Pattaya â was at Manafest, a monthly Youth For Christ event we were regulars at. We did the song, and I think it took me about half an hour to tell the story I was crying so much. A little later we were opening for Chris Tomlin at the Odyssey Arena. He heard it then and ended up adopting âGod Of This Cityâ as Passionâs anthem of the moment.

As a band we just want to be obedient to whatever Godâs put in front of us and Godâs blessed us with a song thatâs shouting across the world. Off the back of it all â the touring, the sales and royalties â weâre going to be able to support plenty of different projects that help transform lives that would otherwise be trapped.

What I believe shouldnât happen is this: âGod Of This Cityâ should not become just another Evangelical anthem that we sing to make ourselves feel good. It must do more than just please our ears or give us goose-bumps; it has to propel us out.

Thereâs so much pushing us into ourselves these days that I think we need daily reminders that we are called to be Godâs hands and feet, that we are called to practically change peopleâs lives, that we are called to actually be hope in a hopeless situation. We â the Church â must be the source of love where there is no love. We should worry less about condemning the things that are wrong with the world, and put more of our energies in to putting those things right. We need to be the church that deals in love, not in hate. And weâre called to do all this with the knowledge that greater, and greater and greater things are still to come.

Search for âGod Of This Cityâ on YouTube and youâll see that so many cities and towns around the world have used the song to help bring into focus the needs around them. But I donât think that the song is there to be used as some kind of tool to âclaimâ a city. It has to be accompanied by the actions â not by begging God to come and revive our city, but by getting hold of the idea that we have the responsibility to change the city, to be hope to the hopeless and peace to the restless. The truth is simple; we are Godâs hands and feet.

We could sit and beg God to change India, Pattaya, Cambodia or whatever other oppressive situation you could mention, but I donât think thatâs the point: I donât think itâs up to us to twist Godâs arm into fighting injustice, I think itâs up to us to get on and fight it ourselves, to look around and realise quite how well God has equipped us to transform our communities and global neighbours. Like I said before; weâre Godâs hands and feet, if we want to be serious about our faith we donât have any choice other than to act.

Thatâs what the songâs all about, and thatâs why the stories that grow from it will be told by people we may never had heard of â everyday Christians putting their faith into action and transforming their world, one person at a time.â

âGod Of This Cityâ has become one of those unique soundtracks; a declaration of the truth and an encouragement to all who hear it to believe it. That growth means the song has now travelled far further than the band itself. âGod Of This Cityâ seems to have struck a chord, not just with groups and churches, but also individuals who are no longer satisfied with living out a short-sighted faith.