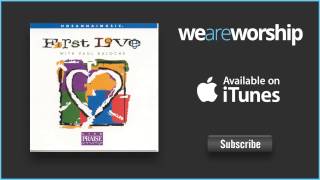 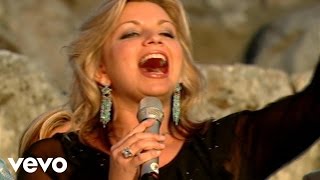 Working with endless possibilities, Mullen creates a display of life and spirituality which is as organic and earthy as it is transcendent.

âI love painting pictures with words. I love writing stories through songs,â says Nicole C. Mullen as we talk about the story behind her song âRedeemer.â She doesnât have to say it, though; itâs evident. Working with the canvas of a blank page and the endless possibilities of her chosen instrument for the day, she creates a display of life and spirituality which is as organic and earthy as it is transcendent. The words of âRedeemerâ prove the point; they paint a picture with concrete images and contrast-the beautiful eccentricity of a God who is the creator of the sun, moon and stars is also the God who runs to the weak, indeed became weak Himself for the sake of His Creation. She is a storyteller with the gift of infusing music with the life that visual images can bring.

âThat is something I enjoy doing because those are the things that I like to listen to,â says Mullen. âWhen I write a song Iâm thinking of the visual aspect, going so far as thinking of how it will look delivering it on a stage all the way to the images and the stories the lyrics spur.â Even in a conversation about how to craft a song, Mullen is quick to make the connection between visual representation and the life of Jesus. âHe was the best storyteller in the whole world,â she says. âHe spoke in parables. It seems like for every truth he taught, he had a story to go along with it. So, He was a master writer. He never wrote a song that we know of, but He has written every great song that there ever was. He is the inspiration, the lyrics, the melody, the whole nine yards. And if He used picture words and stories to convey truth then I want to take notes from the master.â

Wired for Truth
Having intimate knowledge of humans and how we respond to every nuance of truth and learn from it, Jesus had some pretty good insight for us. Mullenâs words are profound, and true, not every song has to be as rich with imagery and story as the earth is with its vast amounts of landscapes, sunsets, insects, and flavors of ice cream it sure doesnât hurt to have a grasp of image in your songwriting. âI think that is how God made us, to be honest,â says Mullen. âPictures, colors, images-if God didnât mean for us to enjoy colors He could have just made everything in grayscale. But the world is colorful, for His pleasure and for ours. God was so intentional with how He made us that, I think, thatâs why Christ used stories that created images to convey spiritual truths. We are wired that way.â

From the Word
The Bible certainly supports the theory of spiritual truth transferred through story. Sure, there are plenty of laws and lists in the various books of the Old Testament, but what do we remember best? The command to ânot wear clothing woven of two kinds of materialâ (Lev 19:19 NIV) or the faithfulness of a man named Abraham who followed God no matter what the cost. The song âRedeemerâ finds its origins in one of the oldest poems ever put to paper, the book of Job. Of course, we know this story. It is ingrained in most of us as an example of longsuffering and faith in a God whose ways, even if we donât understand them, are to be trusted. âJob didnât do anything wrong,â explains Mullen. âIt wasnât out of punishment that he lost his health and eventually lost all 10 of his kids and his wealth. At first when Job heard the news about his children and wealth, he tore his clothes off and fell to the ground. And he said, âNaked I came into the world and naked Iâm going to leave. The Lord has given and the Lord has taken away, but blessed be the name of the Lord.â Even in this, Job didnât curse God; he didnât do evil by cursing God.

âThen in the midst of his depression he started wishing heâd never been born. He was just overwhelmed with sorrow, but thatâs where Job begins to proclaim, âI know my redeemer lives. And in the last days He is going to stand upon the earth and though my body be destroyed in my flesh, Iâm going to see God.â And remember, this was not at the end of his story. This was in the middle, when he didnât have answers, when he didnât know about the conversation that took place in heaven, when he still didnât know if it was going to turn out well or not.â Indeed this was the idea that spurred the phrase âAfter darkness I hope for lightâ which has provided solace for many people and organizations. When Nicole Mullen read those verses, sitting on a futon couch in her music room, the chorus came.

From Confusion
âJob is one of those books that can really mess with your theology, you know?â says Mullen. âOf course, I had heard the story but never really read it until that point. So I sat there, and after the chorus came, I just continued to read.â That was when Mullen found the first verse in the vast images and questions that God poses Job: Who shut up the sea behind doors; have you ever given orders to the morning; have you entered the storehouses of the snow; can you bring forth the constellations in their seasons?

âWe serve a God that is so strong and is so lofty that we canât even understand His questions nevertheless His answers,â says Mullen. Yet this same God is concerned about my broken heart, and He runs to me when Iâm about to pass out from weariness; He scoops me up and says, âI gotcha, Iâm going to carry you.â This is the God that we serve So, when writing this song I wanted to show both sides-His awesomeness but at the same time His attention to detail. Itâs that oxymoron, the reality of the sacred running parallel with the mundane.â

War Cry
âI think âRedeemerâ is a call to stop and recognize. And at the same time it is our war cry. Thee are times that the world says, âYour God is dead.â In the face of doubts and accusation we must proclaim what we believe. We must yell it; we must live boldly and loudly. So âRedeemerâ is a protest song. In the midst of my doubts and wondering whether I am good enough or not, our redeemer is alive and well. It has nothing to do with me. And hopefully other people can adopt it as their cry, too-whether they sing it in a soft tone or at the top of their lungs.â

In the end âRedeemerâ took over a year to complete. And at first, Mullen didnât see it as a song that would go on to win the Dove for Song of the Year (2001), but she did feel, more importantly, that it might find a home with congregations. Of course, God had His own designs for âRedeemer.â He has taken it through all the landscapes of the music world, and used it in endless ways to bless His people. Still Mullen says the goal is not go out and write big songs, but to be aware of the beautiful details of God.

âIt might happen when Iâm on my computer or driving in my car,â she says, âbut when I am searching for Him, sometimes He winks. Maybe itâs through the display of what He is doing when the sun is setting, or the words of my four-year-old son. But we are supposed to look for it, and I try to say to God, âI noticed, and thank you.â I think sometimes we try to hear Godâs voice in the thunder and in hurricanes but often, like the Scripture says, He speaks in a whisper. Sometimes it comes when we are still, and sometimes we have to quiet the other voices around us and listen.â